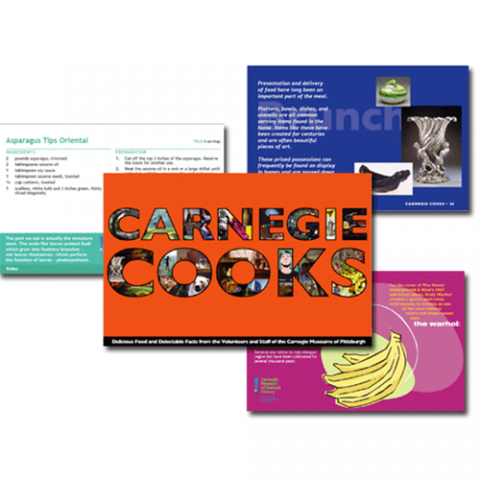 The cookbook recipes were assembled by a large group of volunteers. We tied various ingredients and food themes to the artwork and collections of the museums as a way of highlighting the depth and diversity of each museum. So as someone uses the cookbook, not only are they trying some great recipes, they are also becoming more familiar with Carnegie Museums of Pittsburgh.